We use cookies to provide you with a better experience. By continuing to browse the site you are agreeing to our use of cookies in accordance with our Cookie Policy.
Skip To Content
Home » Stonyfield Organic, Cabot Creamery commit to help dairy industry lead decarbonization and climate change mitigation

Stonyfield Organic and Cabot Creamery have signed on to support FPSA as part of the dairy industry’s leadership role in forging a circular pathway to decarbonization and climate change mitigation.

“These two sustainably minded dairy companies are stepping up to a leadership role in climate change mitigation at a time when the eyes of the world are on the UN Climate Change Summit” said John Hanselman, founder and chief strategy officer of Vanguard Renewables. “Each new Alliance member further enables the expansion of this farm-centered program to all major metro areas nationwide. Stonyfield Organic and Cabot now join other dairy brands and manufacturers including the Dairy Farmers of America to regenerate unavoidable waste into value and to help sustain the family farms that supply their milk.”

Vanguard Renewables, based in Wellesley, Massachusetts, is a national leader in the development of food and dairy waste-to-renewable energy projects. The company is committed to advancing decarbonization by reducing greenhouse gas emissions from farms and food waste and supporting regenerative agriculture best practices on partner farms.

Cabot Creamery/Agri-Mark, a Certified B Corporation and dairy cooperative best known for its classic sharp cheddar cheese and butter, has worked with Vanguard Renewables from the beginning and has a longstanding commitment to sustainability. 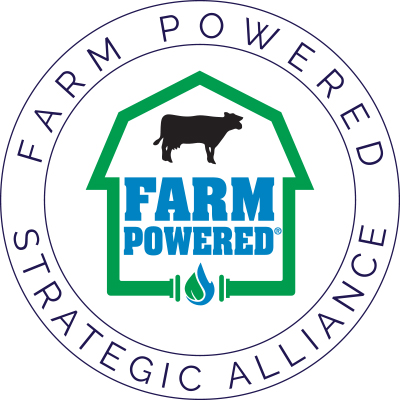 “It was a logical decision for us to join the Alliance; for any food organization trying to thoughtfully manage their energy footprints, there isn't a reason in the world not to join the FPSA and be a part of a solution," said Jed Davis, Director of Sustainability, Cabot Creamery.

Stonyfield Organic, the nation’s leading organic yogurt and a Certified B Corporation, has pioneered sustainable food production since its founding in 1983. With a long history of environmental leadership, Stonyfield Organic is the first food manufacturer to offset its greenhouse gas emissions from facility energy. In 2019, the brand committed to reduce carbon emissions 30% by 2030 as part of the Science Based Target Initiative. Most recently, Stonyfield also committed to 100% renewable energy supply for its Londonderry, New Hampshire manufacturing facility by 2025, 100% renewable electricity for its dairy supply chain by 2025, and a carbon positive dairy supply chain by 2030.

“Healthy food, healthy people, healthy planet, healthy business. Other companies have used these words to describe their purpose, but few were founded on those values – and even fewer have stayed true to them for decades the way we have here at Stonyfield Organic,” said Gary Hirshberg, co-founder and chief organic optimist at Stonyfield Organic. “We’re honored to work collaboratively across the dairy industry to drive further environmental change and protect our resources for generations to come. It’s important for farmers of all sizes and types to have a seat at the table and we’re thrilled for organic to be a part of that.”

FPSA is a pre-competitive collaborative movement to boost food waste reduction and recycling, and expand renewable energy production across America. Alliance members have the opportunity to recycle unavoidable food and beverage waste on farms where it is combined with farm manure in a farm-powered anaerobic digester to generate renewable natural gas (RNG). The process also produces a low carbon fertilizer that host farms use to support regenerative agriculture practices and provides the farmer with a diversified income stream.

According to Hanselman, more than 40% of all food produced in the United States is discarded and finding ways to reduce that waste is a priority. Across the country, some unavoidable food waste is still sent to landfills or incinerators, or is land applied, but can be repurposed to produce renewable energy.

“In the early 2000s, the milk market was crashing, and we needed to diversify to keep our farm alive for the next generation,” said Dennis Barstow, marketing and education manager, Longview Farm. “In partnership with Vanguard Renewables, we added an anaerobic digester to the farm which reduced our carbon footprint and our energy costs. We’re really proud of that decision.”

FPSA has been named one of Fast Company’s 2021 World Changing Ideas.