We use cookies to provide you with a better experience. By continuing to browse the site you are agreeing to our use of cookies in accordance with our Cookie Policy.
Skip To Content
Home » Evolving technology allows for consistency in keeping plants clean

It might not be too long before automation becomes the new norm in dairy processing food safety.

Even before the pandemic threw another wrench into the plant sanitation process, circumstances made it difficult for some companies to find enough staff to properly clean machines and equipment. Plant sanitation jobs typically are third shift with low pay, pointed out Bryan Downer, vice president of sales and marketing, Sani-Matic, Inc., Sun Prairie, Wis. Those and other factors, Downer said, lead to high turnover with those jobs.

In the two years since the start of the pandemic, with people looking for different lines of work, he explained, Sani-Matic has heard from a “tremendous number of customers” who needed machines to automate aspects of their respective plant’s sanitation, because they lacked enough resources or people.

Other times, Downer said, dairy processing plants ran into issues with illnesses and people missing work while they recovered. What’s more, he said in some West coast plants where regulations required companies to provide employees with PPEs to protect against the spread of COVID-19, some businesses found the cost of doing so was impacting the bottom line, because plants hadn’t budgeted for staffing costs beyond wages.

In extreme cases, it became unprofitable for processors to use people for plant sanitation.

“The machine doesn’t call in sick, and it does the work the exact same way you tell it to every single time,” Downer said.

While it is more difficult to automate at fluid dairy plants, which are very strictly regulated, Downer said it appears cheese processors want to automate as much as possible. Automation tends to bring consistency, and he said there’s a lot of clean out of place necessary with cheese processing machinery.

“Traditionally, cleaning was seen as a very labor-intensive process,” he said. “You had a sanitation crew. Yes, you had things that were cleaned in place, but there was still a lot of stuff that was taken apart. And it was moved around a lot, and maybe being placed in a tub (for cleaning out of place).”

Generally, there are three issues with having a high-labor cleaning process, Downer said. First, there is the aforementioned labor insecurity. Many processors can’t seem to keep people in those jobs, so they have to find, hire and train new workers all the time. Secondly, these sanitation duties typically involve high density work areas. And if illness spreads within a group, the sanitation doesn’t get done. Thirdly, cleaning operations can be difficult to track and record and be repeatable.

Different processes are necessary for fresh milk, which for the time being doesn’t lend itself to automation, a practice that is more commonly utilized in plants that deal with shelf stable, ultra high temperature pasteurized milk, Downer said.

“In most cases, this is related to facility and peripheral equipment design,” Szewczyk said. “It can also be linked to lack of attention or limited manpower dedicated to environmental hygiene, and deep cleaning. Without proper sanitation and sanitary design, you risk the potential for a recall or loss of product due to quality.”

It’s common for dairy processors to seek out solutions to those and other problems.

At Sani-Matic, which designs and manufactures automated sanitary process cleaning equipment, Downer said in recent years many of the company’s dairy clients have discovered they need to automate record keeping. More than a decade ago, with the implementation of the FDA Food Safety Modernization Act, some processors realized they needed to clean more at their facility. Now, Downer said, some processors are discovering they need to have documentation that proves they are keeping their products safe. If a plant is getting audited, staff may need to be able to prove sanitation processes were taking place three months earlier, for example.

Another concern Sani-Matic hears from dairy processors is how to go about making sure machinery for cleaning is running the way it is supposed to. Downer said “nine times out of 10” a problem isn’t discovered until after the fact. So more processors are seeking life of ownership support.

A third case in point of common dairy processor sanitation issues, he said, involves the actual cleaning. Some equipment isn’t cleaned in place, and sometimes that hardware can be damaged during transportation or cleaning, which can be an invasive process.

Answers to all three of those problem areas exist, though, Downer said.

The biggest issue with electronic record keeping – Sani-Matic offers a cloud-based version – is that a lot of plants don’t have the IT infrastructure in place, he said. Within the last five years, though, such systems have become more economical and less intrusive to implement, he added. Once in place, companies can access data from multiple plants directly on a mobile device if so desired.

To keep machines functioning precisely, Downer recommended that dairy processors buy equipment from a company that can come out to a plant once a year or every two years to make sure machines are running properly.

As far as the accidental damaging of parts during sanitation goes, that’s something Sani-Matic has worked on for quite some time. Downer said the damage usually comes during the transporting. For example, parts might need to be put into a bin and dragged across a room, where they’re then dumped into a space for cleaning. He said his company and others offer a cleaning device that has a rack with spots designated for hanging specific parts. The parts never leave the rack as they’re rolled to the washer and back.

“That’s what we found is probably the most effective, because you can’t avoid taking the machine apart,” Downer said. “You can’t clean it effectively there in place. But what you need to do is have something that’s protecting the part, holding the part while it’s being transported. cleaned and then transported again.” 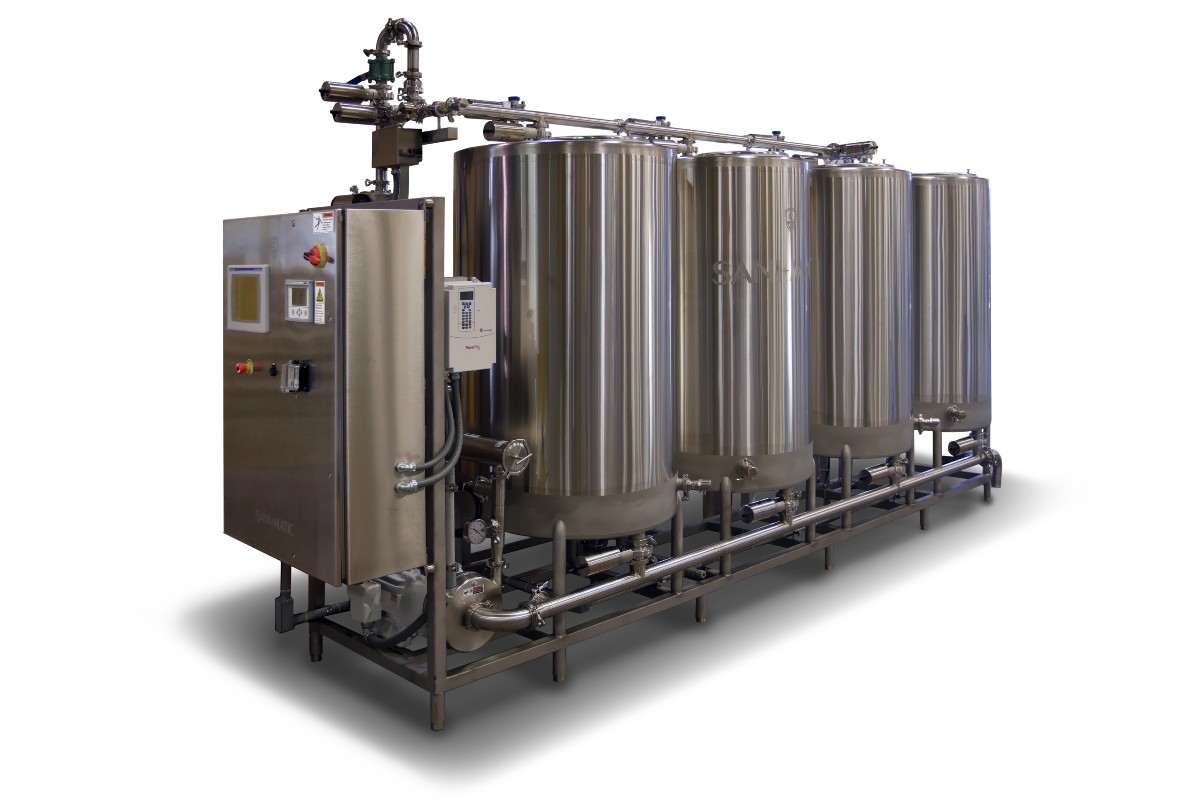 “It is important to work with a team of experts in all areas of plant production, such as engineering, technology, chemical expertise and sanitation to help enhance the overall function of the facility to ensure product quality,” he said, adding that PSSI continually employs new products and methods, as well as proven procedures and labor, to help mitigate environmental concerns and protect partners’ products.

In the future, Downer thinks a growing number of plants will be built around automation. Additionally, he foresees some decentralization within the industry, with the logistical and transportation issues encountered within supply chains in the past couple of years.

“We may go back to having a few plants that make that product instead of one or two,” he said, explaining it can become a systemic problem if just one plant is producing a certain product.

And during the rest of this decade, Downer expects dairy processors will continue to seek automation, trying to make operations as automatic as possible.

With computers handling record keeping, a plant manager can be at the mall with her or his kids and easily keep up with what’s going on.

“We just haven’t adopted technology to the world we live in as well as a lot of other industries have,” Downer said.