We use cookies to provide you with a better experience. By continuing to browse the site you are agreeing to our use of cookies in accordance with our Cookie Policy.
Skip To Content
Home » Ice cream makers feel effects of slowed milk production

[Editor’s note: This material should be construed as market commentary, merely observing economic, political and/or market conditions, and not intended to refer to any particular trading strategy, promotional element or quality of service provided by the FCM Division of StoneX Financial Inc. (“SFI”) or StoneX Markets LLC (“SXM”). SFI and SXM are not responsible for any redistribution of this material by third parties, or any trading decisions taken by persons not intended to view this material. Information contained herein was obtained from sources believed to be reliable, but is not guaranteed as to its accuracy.]

Ice cream is a follower. More specifically, the price of the milk that goes into ice cream is driven by the price of butter and nonfat dry milk (NFDM); it isn’t tied directly to the supply and demand for ice cream.

The price of butter and nonfat dry milk have both rallied to multi-year highs in January, driven by both domestic and global fundamentals, and that will be feeding through to higher input costs for ice cream makers. There are ways to hedge those input costs and reduce the volatility, but first let’s walk through what is driving the current market.

Milk production growth slowed across the major dairy exporting regions during the second half of 2021 with volumes dropping below the previous year in the United States, EU-27+UK, New Zealand and Australia during the fourth quarter. High feed costs, a tough time finding labor, escalating operating costs, adverse weather in some places and increasingly tight environmental restrictions (in the EU and New Zealand) are all contributing to the slowdown in milk production. While less milk typically means less production of all dairy products, butter and NFDM are getting hit extra hard.

Typically, processors who are bottling milk and making semi-perishable dairy products like yogurt and ice cream receive the milk they need. Next up are cheese plants, which often have contracts requiring cooperatives to deliver a minimum number of loads of milk each day or week. Whatever milk is left over after all those other uses typically ends up in butter and NFDM. As an example, in November, cheese production was up 1.6% from the previous year, but NFDM production was down 15% and butter production was down 9.6%. The demand side is mixed, but even with mediocre demand, a 10% or 15% decline in production is going to push prices higher.

The higher dairy product prices are translating into higher farm gate milk prices, which will more than cover the increased costs that farmers are facing. We should see better milk production growth, but it probably will not develop until the second or third quarter. But those higher costs and environmental restrictions probably mean we’re not looking at a massive wave of milk like we’ve seen in the past and prices are probably going to stay above long-run averages through 2022. If weather, or other factors, keeps production restrained, then the market could stay strong and volatile.

With the rally that we’ve seen in the market, ice cream makers might not be excited about locking in current prices, but now is the time to start exploring risk management so that you can lock in your milk prices when the market is offering prices that work in your budget.

-- Nate Donnay is the director of Dairy Market Insight at StoneX and has been applying his interest in large complicated systems and statistical analysis to the international and US dairy markets since 2005. 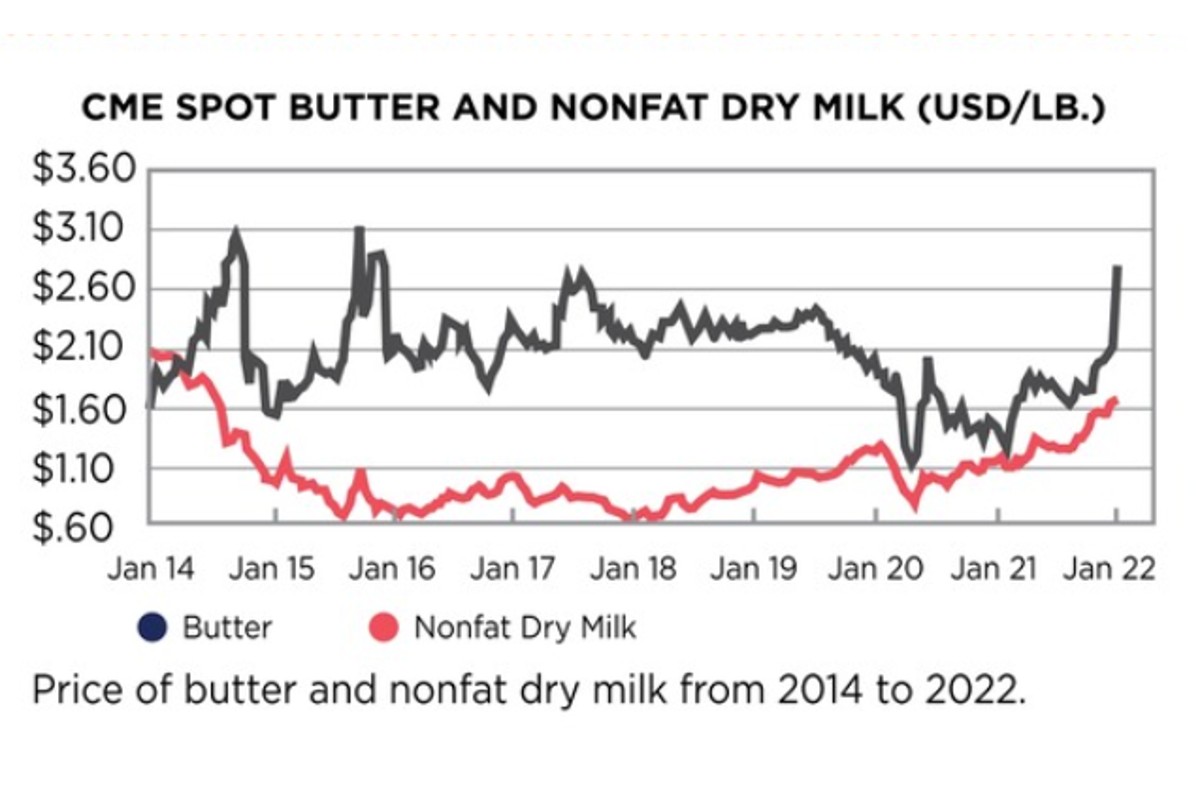