Dairy companies with a nationwide reach don’t always start as large operations. They often grow from beginnings as small local or regional brands. High Road, Bellwether Farms and Good Culture all are processors that have followed such a growth trajectory.

As these companies reflected on their journeys, targeted growth and securing funding were frequently mentioned as keys to expansion and long-term success.

“He saw this need for a market where he could create an ice cream made by chefs and for chefs,” said Nicki Schroeder, his wife and co-founder of the company. “The idea of using the highest-quality products, the highest-quality ingredients and making everything from scratch by hand was really the great answer to what he struggled with as a chef.”

With this framework, they began making ice cream products for the foodservice market in 2010. Whole Foods approached them about becoming a regional ice cream partner in 2012 and offered to support them in the effort. After High Road products began selling well at Whole Foods, other retailers began to seek them out as well. This led to a nationwide reach of their brand and expansion into private label manufacturing, and in 2014 they built out their facility in Georgia to 75,000 square feet.

Christian Rodriguez, chief operating officer, said they realized one of the biggest needs they had during the growth process was to expand the team itself. As they were all primarily chefs, they needed more accounting, finance and manufacturing expertise in-house. Rodriguez said they also had to be methodical about the projects they accepted so they moved forward with a consistent growth strategy.

“If we had taken every project that came our way, it would have broken the back of the organization, and we likely wouldn’t still be in business today,” Rodriguez said.

He said they approach conversations with potential partners by asking what the partners are looking for as opposed to what the company is prepared to offer.

“I think the exploratory nature of those conversations really gives suppliers and retailers a level of comfortability they may not get with some partners as a retail manufacturer,” Rodriguez said.

They ended their first year of retail production with about $500,000 in sales, and this year they plan to achieve between $25 and $28 million in sales. Nicki Schroeder said another aspect of all this growth was implementing food safety protocol, and they are now certified SQF level 3. To support their growth efforts, they also opened a facility in Wisconsin in 2020.

“We see ourselves as very passionate about being creative partners for people,” Nicki Schroeder said. “Some of the most fulfilling projects we have are the ones where we are partners with either private-label retailers or a restaurant group – groups that want to make innovative things. That’s where our sweet spot is.”

There are times a processor must work to establish a category themselves. While popular in the Middle East, the market for sheep’s milk products has traditionally been limited in the United States. Liam Callahan, owner of Bellwether Farms in Sonoma County, Calif., thinks the market for sheep’s milk is poised for growth and could follow the same growth trajectory the goat milk industry has experienced in recent years. 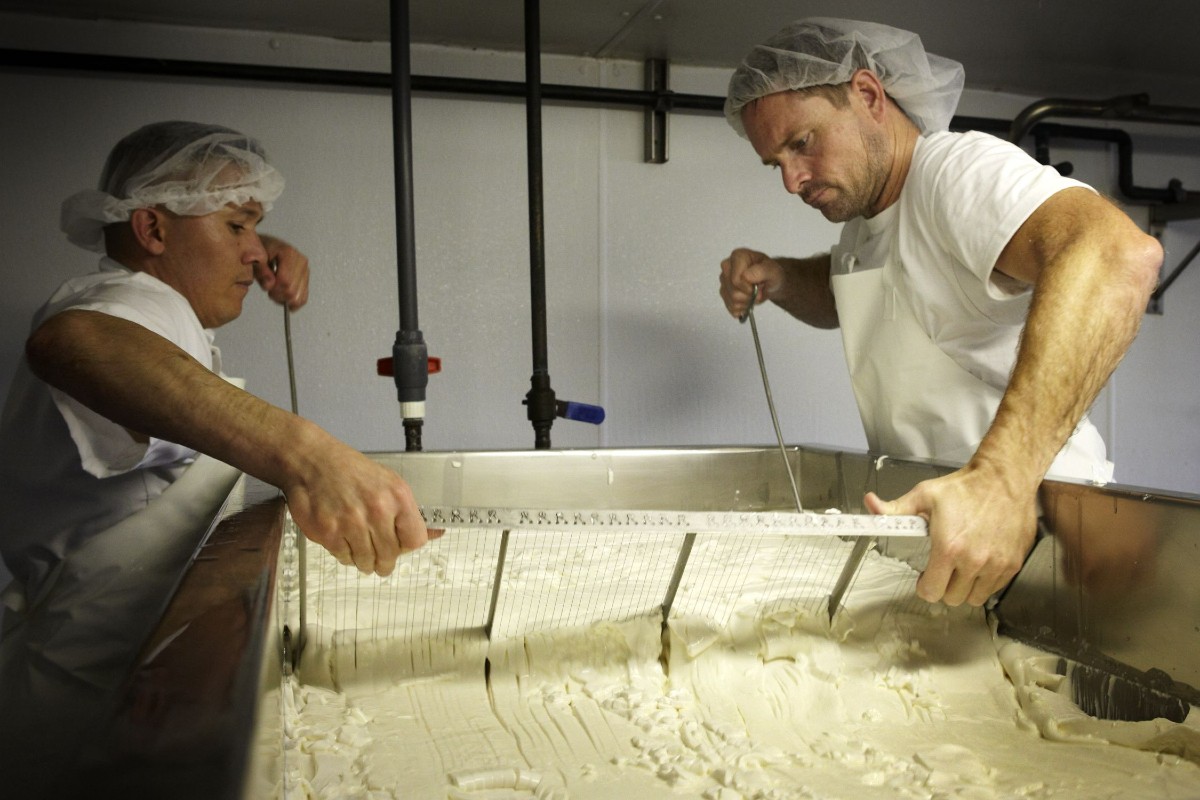 “The one thing you have to balance as a company that is still completely family-owned is how much and what initiatives we can launch and in what time frame they can be achieved given the fact we haven’t taken any investment money,” Callahan said.

Securing a workforce suited for the operation is another challenge Bellwether had to overcome. To that end, the company has hosted exchange students who desire to work on agriculture operations in the United States.

After developing its base in sheep’s milk products, starting in 1994 Bellwether Farms expanded into production of cow products made with milk from Jersey cows. One of its first cow’s milk products was crème fraiche.

Callahan said the company is looking for continued growth in the future from its signature sheep milk yogurts, newly launched line of fresh sheep cheeses, organic cow milk yogurts and a whole milk ricotta. He said he hopes to help educate consumers about how flavorful ricotta can be on its own and develop a niche for it as a specialty cheese, and not just an ingredient to be used in other foods.

As the chief executive officer of Irvine, Calif.-based cottage cheese brand Good Culture, Jesse Merrill said the company initially saw an opportunity to offer clean-label products made with simple ingredients and milk sourced from pasture-raised cows on organic family farms. A desire to use food as functional medicine was also a driving motivation for the company.

“As a high-growth, earlier-stage brand, it was challenging to quickly scale production to meet our increasing demand,” Merrill said. “Thankfully, we have great partners and a dedicated operations team who have worked tirelessly to increase production at current facilities and bring on new manufacturing partners.”

Merrill said clean-label products add complexity and cost to operations, so Good Culture worked to develop a proprietary formulation that delivers a thick and creamy product without the use of thickeners, gums or chemical preservatives.

As the company grew, Merrill said its leaders discovered that a milk supply meeting their requirements for being pasture raised on organic family farms doesn’t exist at scale, so they partnered with One Percent for the Planet and one of the largest dairy co-ops in the country to create the Path to Pasture program. This program will help transition conventional farms into regenerative agriculture farms focused on planned grazing.

Funding is key for any company seeking growth, and Good Culture recently announced the completion of $64 million in Series C funding to help scale the business and expand innovation into other cultured foods.

“The capital will be used to help grow the Good Culture team, expand awareness-driving marketing and enhance manufacturing,” Merrill said. “In addition, Good Culture will drive innovative product development and plans to grow its offerings in nutrient-dense cultured foods. 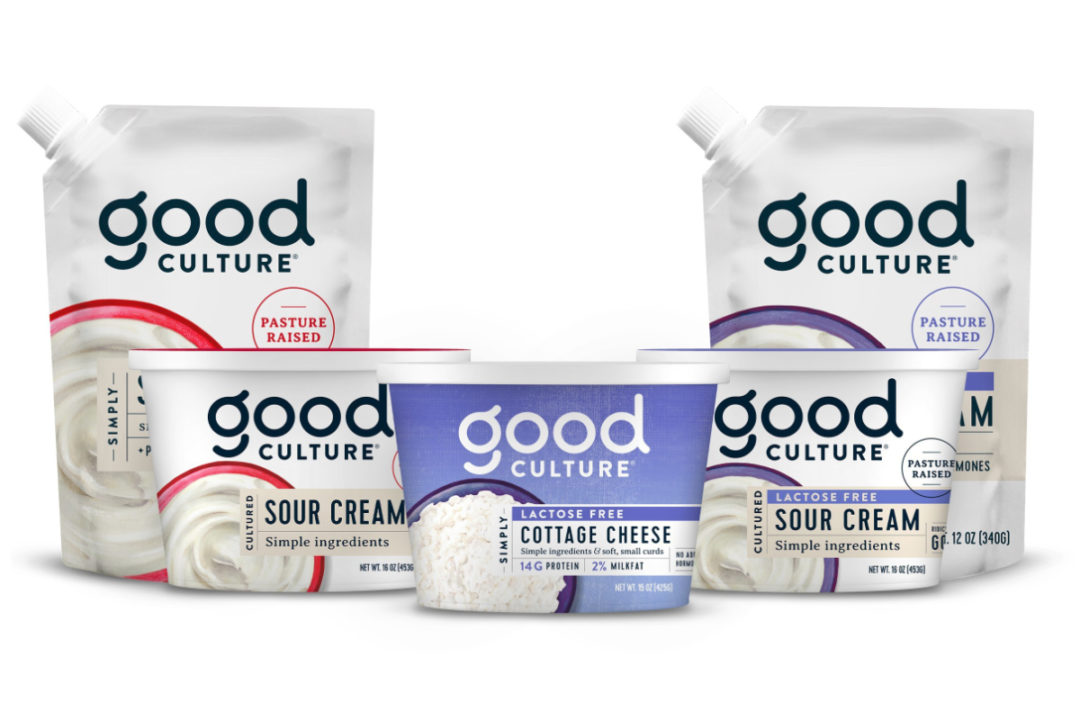