The milk and cookie variety is comprised of chocolate ice cream, chocolate chip cookies and chocolate cookie swirls, all covered with a milk chocolate ganache and fudge chips.

Ben & Jerry’s first introduced its Topped ice creams in 2021. All of those seven flavors came with a dark or white chocolate ganache. The new flavors are the first to have a milk chocolate component in the topping.

"The 2021 Topped lineup was one of our most successful innovation launches ever," said Colleen Rossell, of Ben & Jerry's flavor guru team. "So we can't wait for fans to literally dig into these new flavors."

Ben & Jerry’s will make its new Topped Chocolate Milk & Cookies and Topped Dirt Cake flavors available throughout the US in the first quarter of 2022, at a suggested retail price of $4.99-5.49. The dirt cake option also will be made available as a flavor and as a one-of-a-kind special sundae at Ben & Jerry’s Scoop Shops. 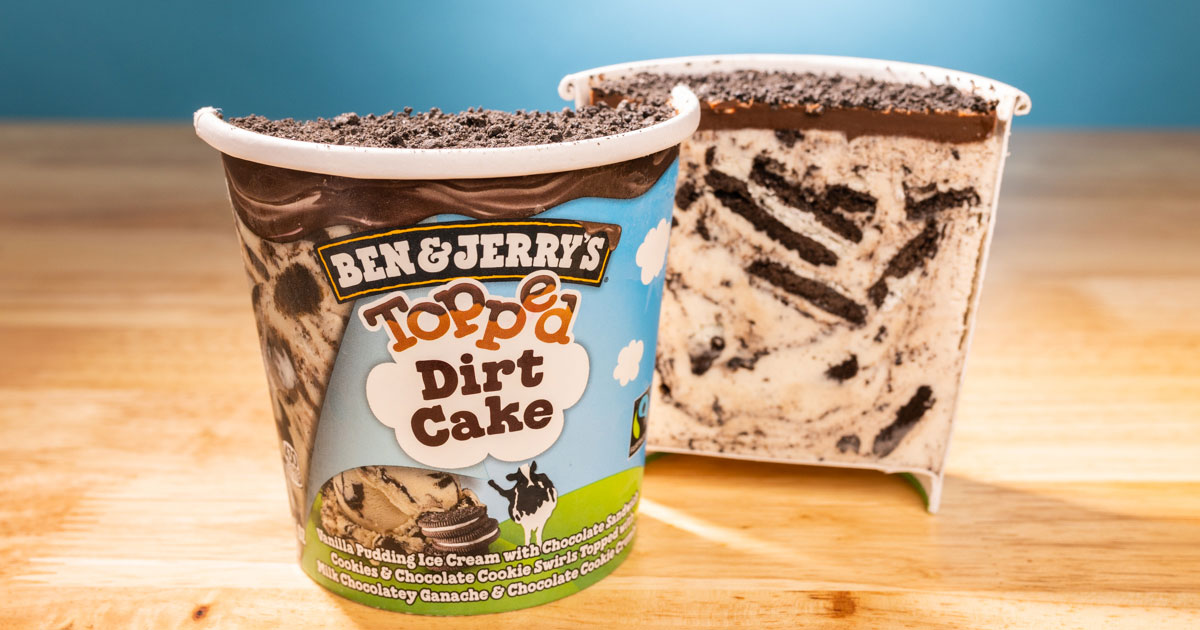