We use cookies to provide you with a better experience. By continuing to browse the site you are agreeing to our use of cookies in accordance with our Cookie Policy.
Skip To Content
Home » Survey finds consumers seek probiotics for digestive health

WASHINGTON — Nearly three-quarters of Americans in an International Food Information Council survey ranked digestive health highly. Many of them seek probiotics and prebiotics in yogurt, fruits and vegetables, as well as dietary supplements.

Thirty-two percent said they were trying to consume probiotics, which trailed whole grains at 51% and yogurt at 48%. Other answers included fermented foods at 23%, prebiotics at 22% and postbiotics at 13%.

Probiotics are live microorganisms that, when administered in adequate amounts, confer a health benefit, according to the International Scientific Association for Probiotics and Prebiotics (ISAPP). Prebiotics, which include fiber ingredients, serve as food for beneficial microbes/probiotics in the body. A panel for the ISAPP defined a postbiotic as a “preparation of inanimate microorganisms and/or their components that confers a health benefit on the host.” 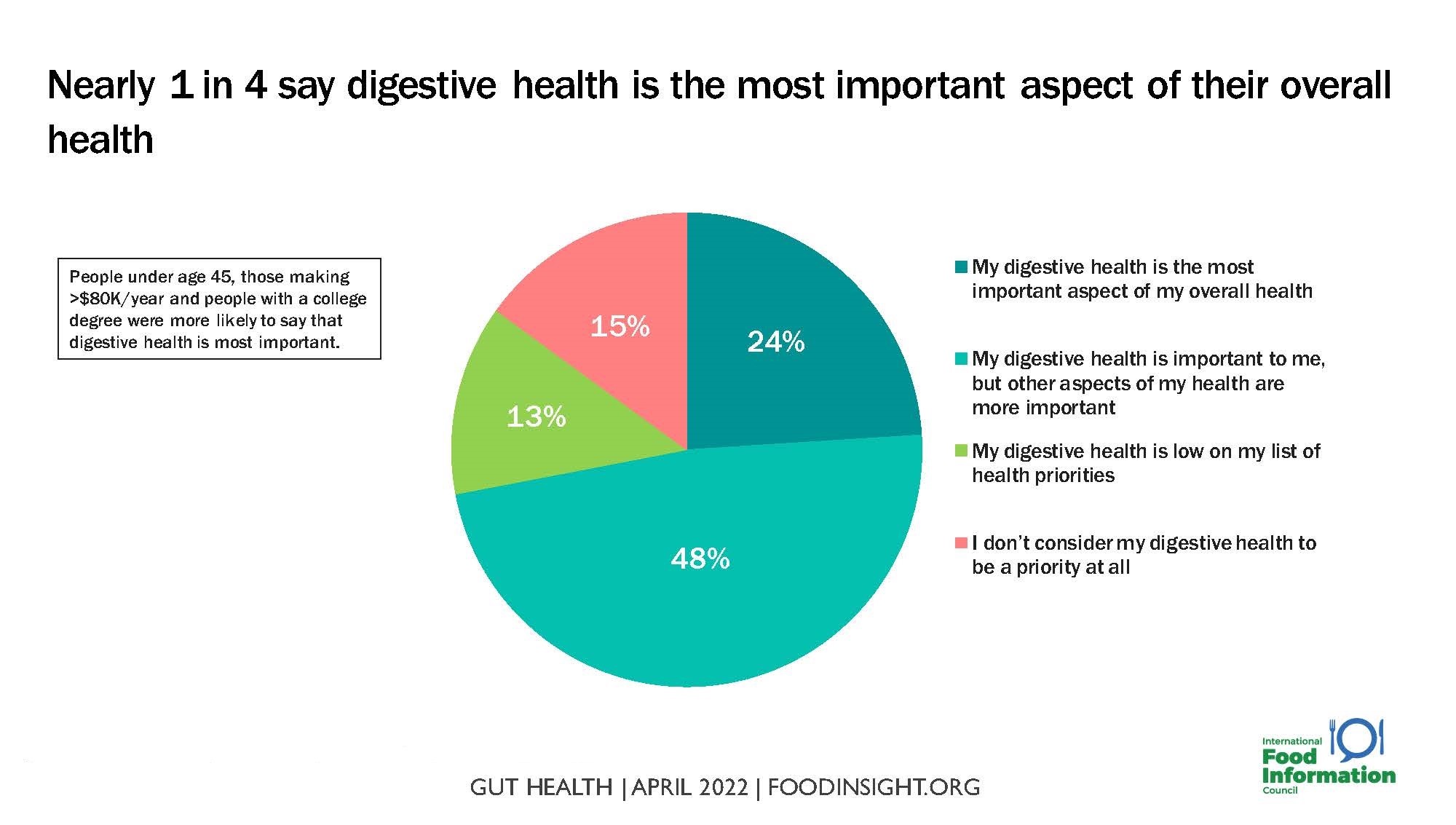