We use cookies to provide you with a better experience. By continuing to browse the site you are agreeing to our use of cookies in accordance with our Cookie Policy.
Skip To Content
Home » Per capita dairy consumption in US reaches all-time high

Per capita dairy consumption in US reaches all-time high

WASHINGTON – The latest data from the USDA Economic Research Service revealed that US consumers purchased a record amount of dairy products in 2021.

Per capita consumption of dairy increased by 12.4 pounds per person compared to the previous year, as the average American consumed 667 pounds of dairy on a milkfat basis, the International Dairy Foods Association shared.

The ERS numbers showed that yogurt consumption grew by 0.7 pounds per capita, American-type cheese was up 0.5 pounds and butter increased by 0.2 pounds. Per the IDFA, yogurt had its best growth rate since 2013 and American-type cheese saw its second-best increase in the past two decades.

IDFA president and chief executive officer Michael Dykes characterized the growth of US dairy as “one of the greatest success stories in food and beverage today.”

“Dairy begins with fresh, wholesome milk and then it becomes hundreds of delicious, nutritious products that fulfill America’s food and health culture,” Dykes said. “US consumers turn to dairy for health and wellness, nutrition, escape, celebration and so much more. That love for dairy is especially important now when so many shoppers are careful with their spending, underscoring that dairy remains affordable and nourishing to consumers at all income levels.”

Dykes added: “Record US dairy exports demonstrate that the world is turning to American dairy, too, putting the United States on a path to be the world’s leading supplier of affordable, sustainable dairy nutrition. All of this is a credit to America’s dairy foods makers, who continue to innovate and evolve.”

The IDFA highlighted that per capita cheese consumption in the US has increased by 13% in the past 10 years. In that same timespan, consumption of butter (18%) and yogurt (2%) has gone up, as well. 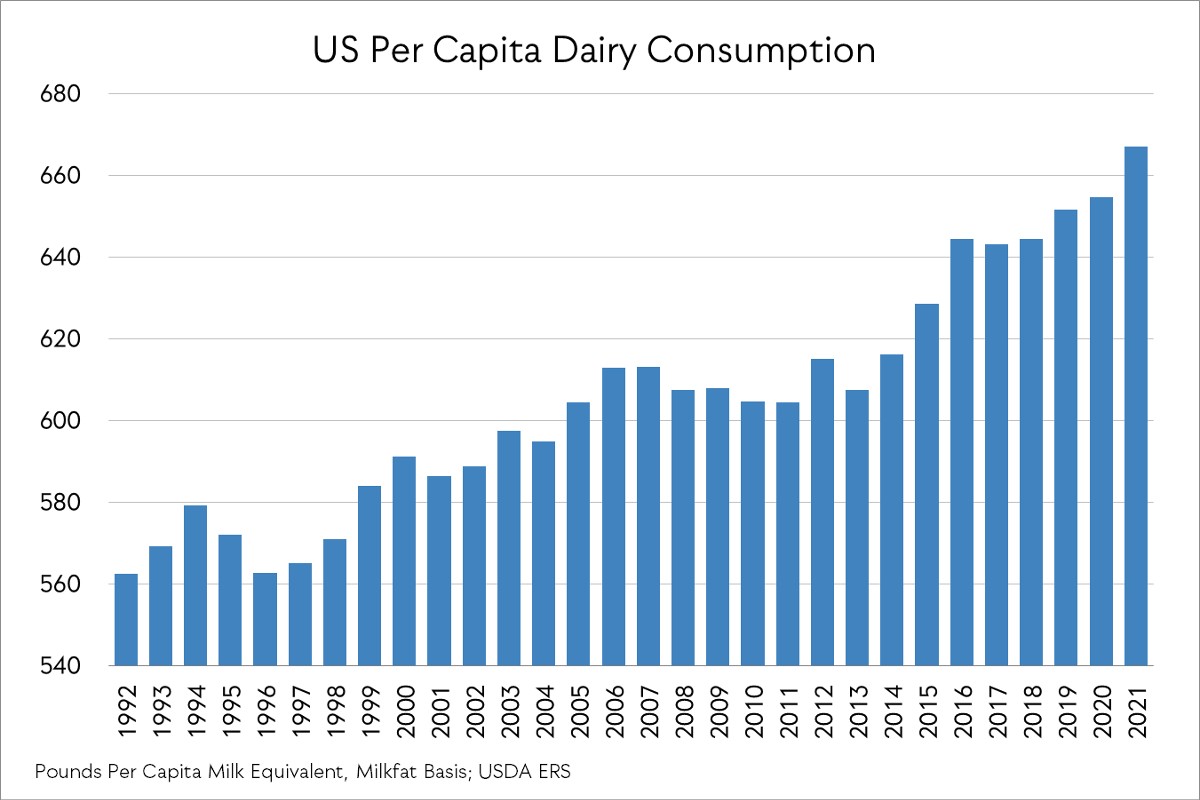